‘Oh look! There is a farm for me to trash and even better, that farm has a bike! They probably have kids. My kids would love a brand new bike so I should probably get it now. Ok, your most likely thinking that I’m a monster for doing this but I am a dwarf and dwarves always take things that help our children. Its kind of doing the wrong thing for the right reason. Anyways, I’m just going to pop into that hay bale and get that bike. I’m just going to put my foot in this thingy and have my hand go into that. Ok I got it, wait I see a human! Um, goodbye!’ 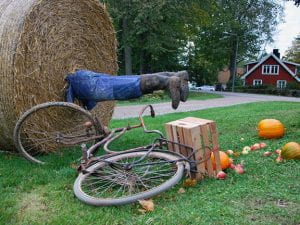 All thy faithful children,

Stand we all before thee,

Puppies I love you,

Just not the poo-poo.

There once was a girl named Anya,

who had to eat her lasagna,

but she skipped right to dessert,

and ate her delicious yogurt,

then rushed to meet her Nona.

‘I have no idea where I am headed! It looks nice, but I wish my parents were here too as this is the funnest thing I have ever been on! It looks like a shiny piece of ice but I’m used to the big ice sheets myself. Oh look! There is another me an he looks just like me, creepy… WOW he even talks like me! Oh wait I’m looking at my reflection, oops. I wish my mummy was here and my daddy. Oh well, I guess its just me and me, what should I do? I’m pretty bored. Nothing? Ok FINE‘ 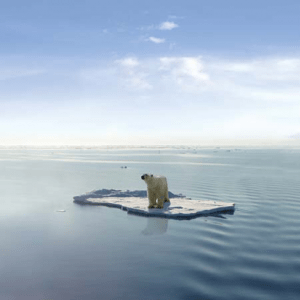 I found myself getting jostled out of my tent and sooner or later, I was in Lieutenant Roberts’ tent. He told to me that I had disobeyed the governor’s  orders and I had left my post. He told me that he had no choice. He told me to get a goods night sleep and first thing at dawn I was getting flogged.

In the morning, me and Goodwin went to the triangle where I was going to get flogged. Just when Goodwin was about to give me a pep talk, Waruwi approached us, she was carrying a kangaroo skin. She gestured us to come towards her and Goodwin stopped me. He asked me if I wasn’t in enough trouble already yet I look in the skin of the kangaroo. Inside he could faintly see the small outline of a puppy.

Goodwin came and looked in as well, his frown slowly melted into a soft smile. Waruwi gave it to us and we took it to Roberts. He said it made no difference and that’s when Goodwin stoped him. He explained how a puppy was way better than training a full grown dog.

He thought about it for a minute and told me that I was lucky and I had to look after this puppy. I nodded and smiled.

I sat on the beach with Lara the dog. I was trying to teach it to fetch when I was interrupted by Lieutenant Roberts, he asked me why the dog wasn’t tied up, I knew that I was in serious trouble. I decided to just give up making the dog pick up the stick a kilometre away from us and just tie her up. So I drearily got up and tied the dog back where she was.

Then I went to talk to Goodwin, I knew he could hook me up, but as usual, I was wrong. Goodwin gave me a bunch of reasons why we should not listen to the Governor and listen to Lieutenant Roberts instead. While he was talking though I snuck a dice, a coin and a piece of thread from his pocket, politely said thank you and went to my tent. I stared at the objects for a few minutes and  decided that it wasn’t enough.

Then I finally went to the cook and asked him what to do. He thought I was hungry, I did some quick thinking and told him I had sore feet so I needed the fat. Then the most obvious thing happened, we argued. While we were arguing I stole the fat and threw it behind me. I was hoping it would be enough for Waruwi. The Cook gave me some rations and ordered me to give it to Lieutenant Roberts.

So back to the beach I went, it wasn’t hard finding Lieutenant Roberts and when I did he grabbed it from me and asked me to get his bag for him. I was steamed by what he said as his bag was at his feet, yet I grabbed it for him and he gave me his telescope. Without thinking I stuffed it in my  pocket wanting to give it to Waruwi. Then the Lieutenant said he wanted me to drum him off as they were going to the point. So I drummed them off.

Today was one of those days where you would want to tell your parents to let you stop doing work. I would do that except my parents were not here. They were probably back in Europe while I was stuck, here in Australia. Anyways, that day the captain came up to me and asked if I could bring the dog to him. I sighed, sometimes I wish he wasn’t the captain but I knew I had to obey so I agreed. He sent me into the forest with a soldier and I got the shivers.

I had asked the soldier if the dog could have been a pet to a native, but he said that the dogs  probably just lurk around the natives. I knew I shouldn’t have argued to him but I couldn’t help it so I blurted out that what he just said was stupid. After a few more minutes of arguing we decided to spread out. I wanted to find Waruwi the second I got, as Waruwi was an indigenous person and her dog was about to get captured. I found her tree and looked around, finally I saw her but we couldn’t understand each other.

I tried sign language but she thought I was playing with her and mocked me. I saw Lara, her dog and felt a little guilt in my stomach. When I was about to run with the dog the same soldier saw me a shouted in happiness. He tied the dog up and patted me on the back. I turned around and saw Waruwi’s face of confusion and anger.

Back at the camp the captain walked up to me and congratulated me, then I saw something flying out of nowhere. It was a rock at before I could speak up the captain shouted. He thought we were under attack but it was just Waruwi getting revenge. I wanted to tell her that I was sorry but I couldn’t as the captain would here me, so I stayed quiet.

We were given the following simple sentences based on the image below and I have turned them into complex sentences (with the dependent clause in italics.) 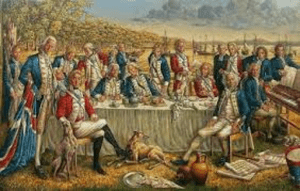 My name is Elizabeth Haywood an I am thirteen years old. Let me tell you about my sorrowful selfish story of disaster. One fateful day, I saw a bonnet and a shawl so beautiful that I desperately needed it. I wish I had money to get them so I could actually buy  things myself, but I was so desperate that stole it. When I did, I was chased by the large man whom I stole from. I ran till  my heart was aching and my head was about to stop. After a lot of running I bumped into the skinniest police I had ever seen! (and believe me, I had seen lots!) Even though he was skinny he was quite fast and soon enough I was caught and getting shipped to Australia, as a convict. I wished I had just ignored the beautiful pink bonnet and lovely purple shawl and I should have just gone on with my day of starvation, but deep down inside I knew that I would not be able to.  When the ship full of convicts (including me) arrived to Australia we got sent out and were made as servants to farm and build. While I was watering the carrots I briefly saw a man and he looked different, and that’s when I realised that, that man had a different culture then the British. His skin was dark and he was holding a spear, he was looking at one of the British. I knew that war was going to come soon, but who would win?

One sunny day, when the birds chirped and sang and when the children were out playing and having fun, I sat on my doorstep feeling terribly glum. Then I saw a truck coming by and it threw something out, I didn’t know why. I ran across the road and looked left and right. I turned around and couldn’t see anything in sight, but when I looked behind me I saw a puppy! It looked hurt so I took it with me on that sunny, sunny day. So on that day, I got a puppy so lets say hurray.

The link to our class blog is here.